Defending Human Rights and Innovating for the Future

Each year, our programmatic work across the globe gets us one step closer to securing a safer, more just world for local civilians and activists. Here is a look at some key successes from July 2018 to June 2019 (fiscal year 2019) that drove significant impact across our core areas of focus.

Our work in content moderation has supported partners such as Syrian Archive. When YouTube deleted hundreds of thousands of evidentiary videos with a new machine-learning algorithm in 2017, WITNESS successfully advocated with Syrian Archive for YouTube to restore them. Our feedback has informed resources by YouTube and reports to the UN Human Rights Council and the United Nations General Assembly. We continued this leadership by leading the civil society opposition to a flawed European “terrorist content” proposal that poses a threat to human rights globally.

We also have robust surge responses. For example, this year the mass shooting of Muslims at a mosque in Christchurch led to a poorly thought out push to “eliminate violent extremist content online.” We joined the Christchurch Call Advisory Network, after publishing a joint whitepaper with Syrian Archive and Electronic Frontier Foundation that forced the New Zealand government to consider the impact of their proposal on human rights. 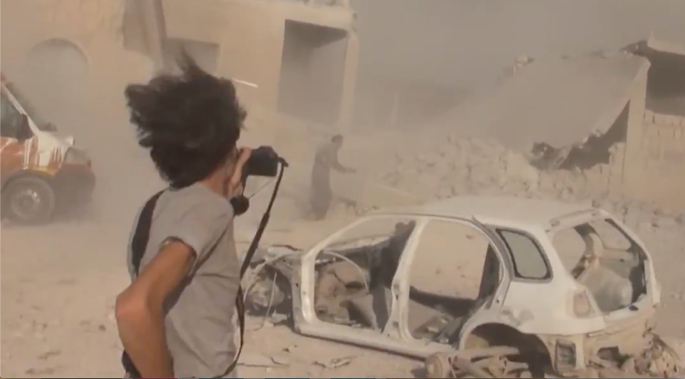 Over the past 18 months, WITNESS led proactive responses with civil society, companies, researchers, and technologists on how AI systems are increasingly able to create convincing simulations of authentic media, including sophisticated audio and video manipulations called “deepfakes.” These media forms have the potential to amplify, expand, and alter existing problems around trust in information, verification of media, and weaponization of online spaces.

Prepare, don’t panic: these are the words WITNESS has led with for the threat of “deepfakes” and AI-generated synthetic media. We have brought together journalists, technologists, researchers, and civil society to focus on a global, ethical response to threats from AI-altered media; organized the first cross-disciplinary expert convening to identify global solutions; and pushed the agenda in closed-door meetings with platforms and on the Hill.

Program Director Sam Gregory co-chairs the Partnership on AI’s (PAI) expert group on Social and Societal Influence, adding a human rights perspective to an organization that establishes best practices for AI. Along with PAI and BBC, we have co-hosted a convening to better prepare media organizations for AI-generated mis/disinformation, where we have identified key focus areas around better detection and authentication of content. We have also driven the conversation forward in the press: our report on how we can work together to detect AI-manipulated media received coverage in Fortune and MIT Technology Review, and informed a key Washington Post editorial on better AI preparation.

WITNESS in the News

We have been tailoring and sharing our resources globally, by making our materials downloadable with fewer clicks and more accessible for people on cellphones or with limited Internet connection. As a result, the downloads from our library of activist resources doubled from the previous fiscal year.

Two of our most downloaded resources –the Video as Evidence Field Guide and the Filming ICE tip sheet– have been shared thousands of times and translated into more than seven languages, equipping activists with the skills needed to strengthen their use of video for advocacy and justice on issues like immigration, environmental crimes, and armed conflict.

In Venezuela, for example, we have worked with partners to tailor our Video as Evidence guide specifically for how to film violence in a protest. This resource has been widely downloaded and then further adapted and shared by local human rights groups within their own networks. Similarly, War Resistors International has shared our police violence resources with their networks in response to the Hong Kong protests.

There have been 52,722 people detained under the Trump administration as of September 2019. As immigrant communities adapt rapid response and defense strategies to this harrowing immigration climate, activists and organizers tell us that the question of filming comes up at almost every training or workshop.

With the help of video documentation, communities around the country can expose the manipulative ways by which Immigration Enforcement operates, and channel that knowledge to better strategize how to fight back. We have trained over 250 immigrants directly impacted by ICE, lawyers, journalists, filmmakers, and advocates in filming immigration enforcement, working with local communities at the U.S.-Mexico border, such as Angry Tias and Abuelas, ARISE, and the Equal Voice Network. WITNESS is working with activists, organizers, and lawyers to create resources like our Filming Immigration Enforcement tip sheet and Eyes on ICE webinar series, which examine the role of video in exposing immigration abuses and offer guidance for holding immigration enforcement accountable. Our resources, which have been downloaded nearly 10,000 times to date, can inform community members of their right to film and how to do so safely, ethically, and effectively.

“It’s crucial that stories from the ground are seen and heard because this administration has a strong hold on the narrative coming out of the border.”

Working with Video as Evidence

WITNESS works with local and international partners to preserve, verify, and curate media to be used as evidence and to show systemic abuse. As ethnic minorities within Burma face ongoing threats, the need to safely, ethically, and effectively collect visual evidence of crimes against humanity becomes all the more urgent. With 15 years of experience engaging with grassroots groups and international actors, we have initiated a rapid response in Burma together with our partners to use video documentation to expose human rights violations against Rohingya in Rakhine state.

Taking lessons learned from our work in Syria, WITNESS is improving the quality of human rights documentation by providing activists, journalists, and human rights defenders with the knowledge and skills to effectively document crimes committed against minorities; engaging stakeholders who can use a Rohingya archive to secure justice and accountability; and ensuring that technology serves and protects the most marginalized, by bringing grassroots experiences to technology companies and advocating for changes in their products and policies.

“The more history gets erased, the longer and more painful it will be to heal society for the next generation.”

Preserving Truth: The Importance of Archives

During the Nuremburg trials, prosecutors were able to rely on 3,000 tons of captured documents, photographs, and films to make their case against Nazi war criminals. Will the evidence of today’s war crimes and genocides, often captured on ephemeral digital media and uploaded to social media platforms, be similarly captured and preserved? In spaces like Syria, Burma, and Yemen, archives are critical in the transitional justice process and for collective memory. Documentation collected by civil society in these parts of the world is constantly at risk – being stored in hard drives or uploaded to YouTube as a repository – and are vulnerable to being lost, removed or destroyed.

We have supported Syrian Archive who, to date, have preserved 3.3 million pieces of content and verified nearly 6,000 videos that are now being used to support investigations, both regional and international. We continue to share our learnings and expertise with other communities facing systemic violence, from local organizations in Burma to Yemen. Capturing and archiving evidence ensures that it is available to bring about justice and accountability, and that truthful accounts of history cannot be forgotten or denied.

In May, WITNESS held the convening “#R2R — For the Right to Record” in Rio de Janeiro, which brought together 35 activists from six cities across Brazil, who discussed strategies on how to use video for change. Throughout four days of activities, they shared experiences of using video to document, monitor and defend human rights, and participated in WITNESS trainings on video as evidence, archiving, livestreaming, and combating disinformation, as well as ways to use social media to drive social change. In reflecting back on the convening, Victor Ribeiro, Brazil Program Manager, noted, “the network is alive…the convening helped strengthen the potential for people to work together as a movement.”

“We realize that, despite all regional differences, we face very similar problems: mining, pesticides, and state violence.”

Using Video for Justice in DRC

Our current trainings and work on video as evidence have helped to bring criminals to justice. For example, we have supported local actors pursuing accountability through the Democratic Republic of Congo’s (DRC) justice system through the integration of digital tools and technologies for the collection of evidence. WITNESS has worked together with TRIAL International, a non-governmental organization fighting impunity for international crimes, to train human rights defenders in the DRC to collect, verify and present video footage as evidence. This year, evidentiary videos have been used for the first time in a military tribunal in the DRC, leading to the conviction of two high-ranking commanders for bloody attacks that targeted two villages in South Kivu resulting in more than 44 deaths. The commanders received life sentences for murder and torture, both constituting crimes against humanity, as well as pillage and arson for their roles in the 2012 attacks on the villages. This is an unprecedented win, and sets a new standard for the submission and use of video in a national court in the DRC.

“When the footage was shown, the atmosphere in the hearing chamber switched dramatically. Images are a powerful tool to convey the crimes’ brutality and the level of violence the victims have suffered.”

Partnering on Land Rights in the Amazon

Over 20 million indigenous people live in the Amazon. Not only do the climate crisis and deforestation affect the health and lives of indigenous populations, but protecting these forests and strengthening the right of these indigenous people to protect their land and forests are critical in the global effort to slow climate change. As part of All Eyes on the Amazon, a consortium led by Hivos and Greenpeace, we are supporting indigenous communities throughout Ecuador, Brazil, and Peru to use video and technology to stop large-scale deforestation and destruction of the Amazon rainforest, and to secure their basic environmental and human rights. We are committed to using video for both advocacy and evidence: to make governments and corporations accountable for land rights violations and to use compelling narratives to create public scrutiny and activate policy-makers, lawmakers and the global public. And we do this all with a simple tool: the smartphone. 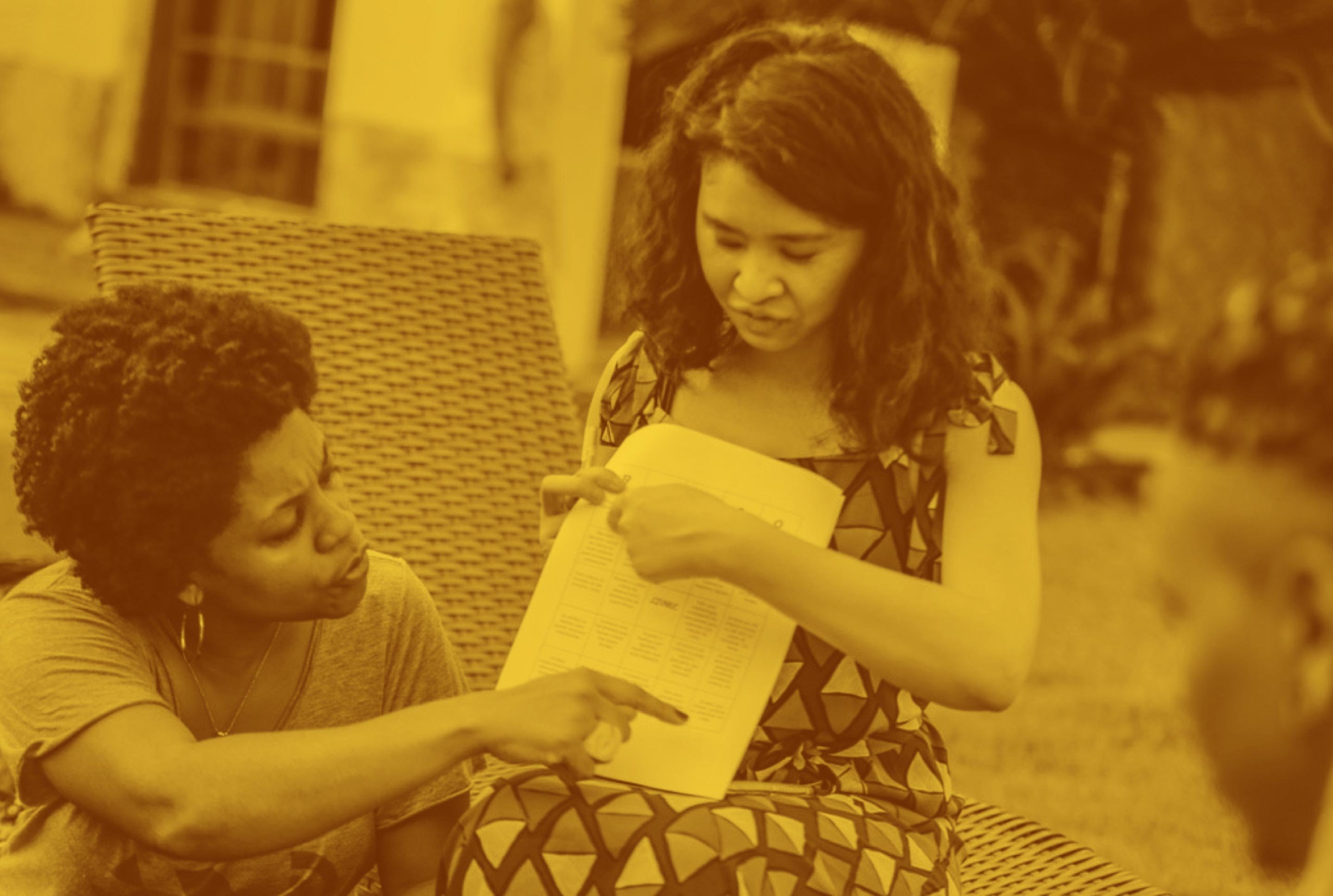 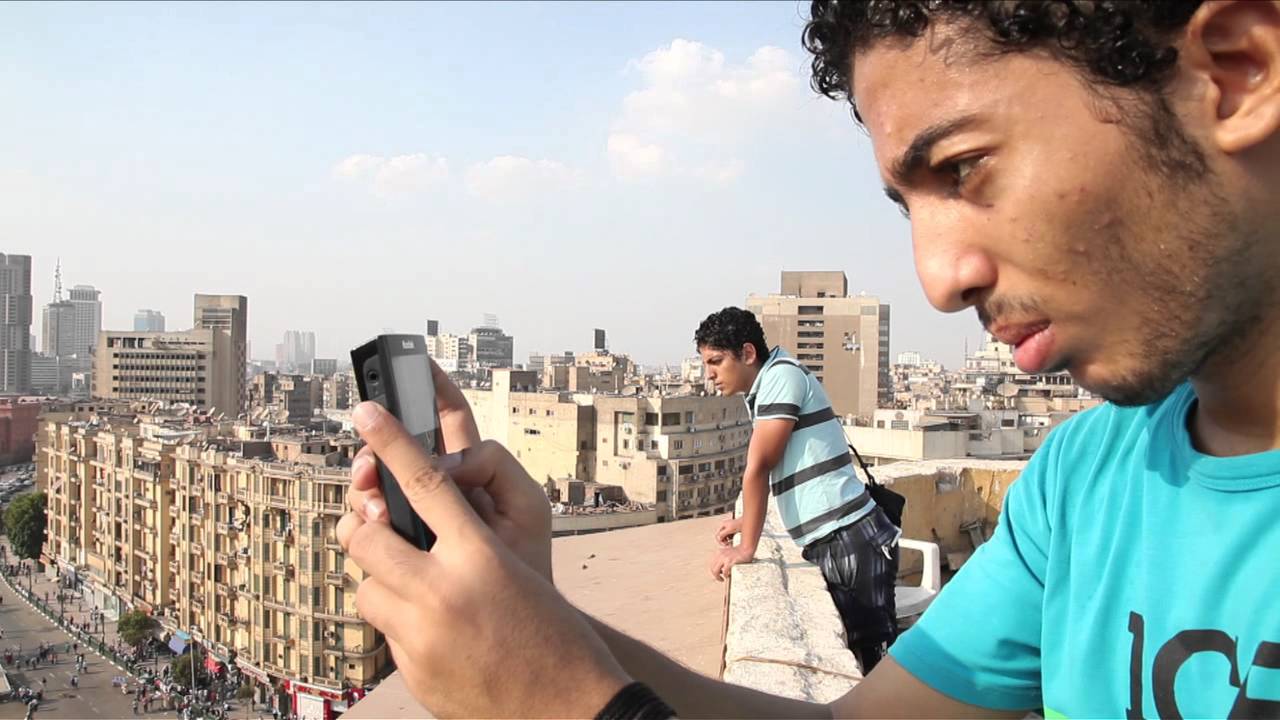 This year, with support from our WITNESS community and partners, we have experienced record-breaking engagement, connected activists around the world through convenings and trainings, and advocated real policy change to technology platforms. However, there is so much more to be done, and we can’t do it without you. Join us in 2020 and help us catalyze change.